Blues, Rock, Country, Cajun, Folk… UP THE MISSISSIPPI is a musical creation by Jay and The Cooks.

From Louisiana to the Great Lakes, we’re going up the Mississippi, traveling through sound landscapes that unify and don’t divide. Sounds, many and varied, but with strong roots.

The origins of the project by Jay Ryan

When I was in high school I played trombone in the Algonac Michigan High School marching band. In 1966 we were invited to march in the big parade in Chicago that brought together the best Marching bands from the area. I didn’t even know that Muddy Waters was playing in a blues club that same night in the South Side. I didn’t even know he existed!

Later my family moved to Elkhart, Indiana, which is even closer to Chicago. but I still hadn’t heard a thing about Muddy Waters, the real thing! When I finally got ahold of a record and spun it on my record player in Texas at the age of 19 it changed my life.
In ‘75 I lived in Austin, Texas. Down there they mix it up. At the Armadillo Club they had every kind of band you could think of. In particular, there was Commander Cody and His Lost Planet Airmen… they played rock-a-billy, blues, country, whatever, trucker songs….The Fabulous Thunderbirds played straight blues, Clifton Chenier form Louisiana played Zydeco at Antone’s every month….all this music came from along the Mississippi. From New Orleans up through the Delta, on to Memphis, Saint Louis, its tributaries (The Ohio and Chicago rivers) into Kentucky and Chicago, Nashville isn’t far, and well, Bob Dylan was born in the State where the river starts.
In 1998 I was at the Folk Alliance Music Conference in Memphis. We rented a big Cadillac and drove it across the Mississippi into Arkansas. It’s big, it’s dangerous, it’s muddy, the people that live along its banks are mostly poor, but it is one of the most stupendous sights and metaphors in the USA for many Authors.

This project is not trying to reproduce the same thing that has already be done by the greats. It’s a very personal take on and homage to the music that has influenced me and the band for our entire lives with a majority of original songs. There’s no getting around it. I don’t come from Mississippi, I can’t and don’t want to sing like the guys from Clarksville, but the message they and the folks in Memphis and Nashville sent out to the world is what this is all about.
With this creation, I also wanted to give a good place to the literature. I contacted Greil Marcus who accepted that I integrate into the show extracts of « Mystery Train ». The Minnesota Historical Society Press also accepted that I insert passages of « A Stretch on the to river » by Richard Bissell. Also, you will hear short extracts of « Adventures of Huckleberry Finn » by Mark Twain in a traditional and improvised sound atmosphere. Spoken texts in French in French speaking Countries and in English in the rest of the World. 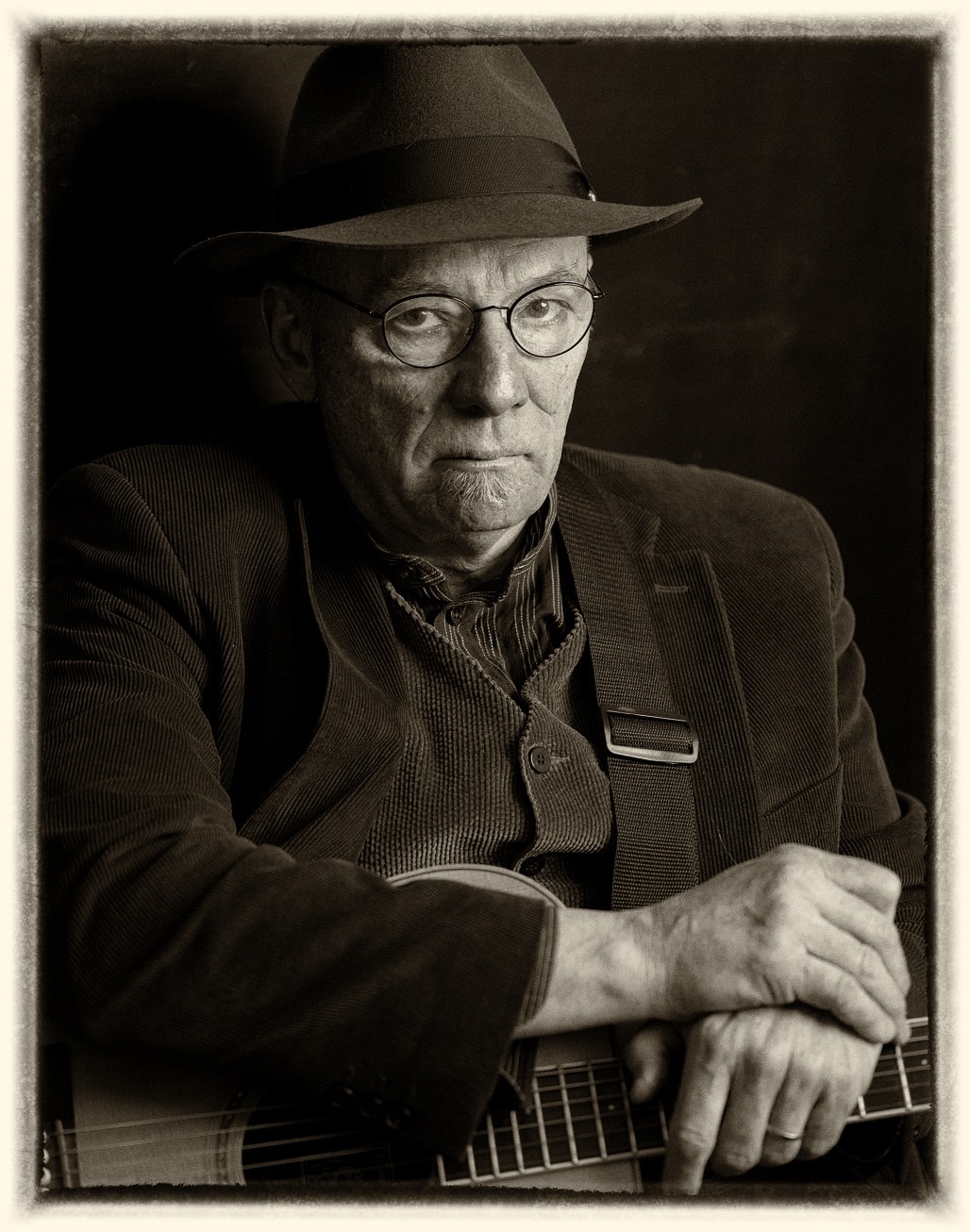 UP THE MISSISSIPPI is a musical show for all audiences with an orginal North American repertory (Blues, Rock, Country, Cajun, Folk…) enhanced with photography, video and readings from famous authors.

We can adapt the show to your venue: small theatres, libraries, cultural centers and big stages.

To know more about the photo exhibition UP THE MISSISSIPPI, click here